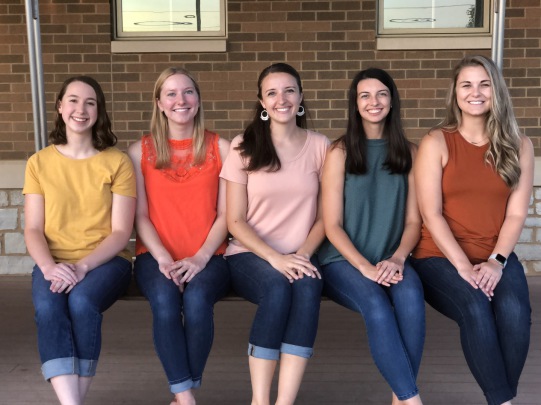 Kate started dancing at the age of 9 in Brown Deer, Wisconsin. She studied Ballet, Pointe, Tap, Jazz, Lyrical, Contemporary, Hip Hop, and Modern in the Milwaukee area. She moved to the La Crosse area to attend the University of Wisconsin-La Crosse.  She has a Bachelor of Science in Biology. While in college, she performed with UW-L's Kinesis Dance Theatre. Miss Kate is a member of Chicago National Association of Dance Masters and Dance Masters of Wisconsin. She is a Certified Master Dance Educator (MDE) through Chicago National Association of Dance Masters where she is on the Board of Directors. Miss Kate is also certified and licensed in Progressing Ballet Technique (PBT) and in Acrobatic Arts. She enjoys attending dance conventions and dance training schools throughout the year. Kate has been teaching dance throughout the Coulee Region since 2010 and performed with and was the Rehearsal Director for Affinity for Dance, a semiprofessional dance company based in La Crosse. She has experience teaching all ages and abilities and hopes to inspire her students to love dance as much as she does. 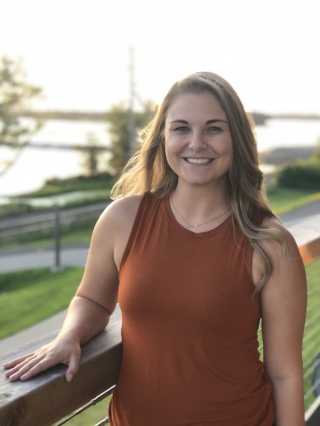 Miss Kelsie began her passion for dance at Encore Dance Academy in the Twin Cities area. She took part in Tap, Jazz, and Ballet. Her family moved to Appleton, WI where she continued studio dance, but also was part of the Appleton East Dance Team in high school, competing in Pom, Hip Hop, and choreographing for Friday night basketball and football games. Miss Kelsie was also part of the Theater Department throughout high school, showing her involvement in dance core as well as lead roles throughout the years. She was involved in forensics (competitive speaking), which took up most of her time during the competitive season. Once she graduated high school, Miss Kelsie attended the University of Wisconsin-La Crosse. She graduated with a double major in Public Administration and Sociology with an emphasis including urban policy and juvenile reform. During her time at UW-L, she was also part of the LC Hip Hop Dance Team, leading the team as Captain for three years. They performed at college basketball games, community events, and local dance marathons, as well as hosting an end of the year show to raise funds for local charities. She is currently pursuing her interest in obtaining a Doctorate in Education Administration while working as the Administrative Assistant at North Woods International School in La Crosse. Miss Kelsie is a member of CNADM and is certified in Progressing Ballet Technique. 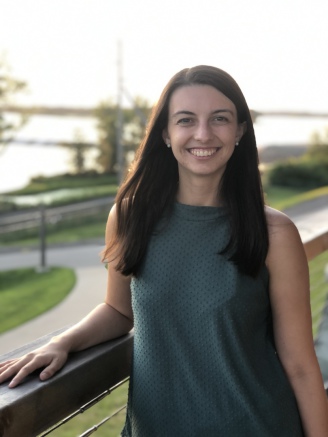 Miss Liz started dancing at the age of four in Central Wisconsin. She studied Ballet, Tap, Jazz, Pointe, Hip Hop, and Modern. Throughout high school, Miss Liz danced and choreographed for Nekoosa’s Dance Team and other community fundraisers. She attended Viterbo University and graduated with a Bachelor of Science in Biology with a minor in Sports Science. Miss Liz is a member of CNADM and is certified in Progressing Ballet Technique and Acrobatic Arts. Miss Liz performed in the Coulee region with Affinity for Dance, a semiprofessional dance company based in La Crosse. Miss Liz began teaching with Applause in 2018 and has found her home here. Miss Liz is very excited to be a member of the the Applause family and to work with wonderful dancers!

Miss Sarah started dancing at a young age and studied at Applause Dance Academy through high school. She also performed and choreographed for Affinity for Dance, a semiprofessional dance company based in La Crosse. Sarah is currently attending Saint Mary's in Winona and pursuing a degree in Psychology. Miss Sarah is a wonderful addition to the Applause Team and is always excited to teach!

Miss Gretchen can be found in the studio and helping our wonderful families at the front desk. Miss Gretchen grew up dancing at the Milwaukee Ballet School and spent summers around the country continuing her dance education at dance intensives, such as the Central Pennsylvania Youth Ballet. Gretchen is currently a student at the University of Wisconsin - La Crosse. Miss Gretchen brings a positive energy to the studio and can help your dancer find their place here.